Urban air quality after the lockdown: How eBikes can help

Over the past few weeks, the world has been on lockdown. Travel has been restricted, restaurants, cafes, and other public places are closed, and the streets are virtually empty. It’s a strange and stressful time for most of us, but there is one silver lining of being forced to stay at home. Less activity means less pollution, and the air quality of major cities has been drastically improved. Not only does this give the Earth a welcome respite, but it could also lead to a drastic change in attitudes towards emissions and our common modes of transport.

In London, Birmingham and other large urban areas in the UK, nitrous oxide (NO2) and tiny particle pollution have dropped by approximately 33%, with some areas seeing drops of up to 50%. London’s air quality, in particular, is now at the lowest level since the year 2000 when the population was 2 million less than it is today! Nitrous oxide and tiny particle pollution are “the two air pollutants that have the biggest health impacts on people”, according to the National Centre for Atmospheric Science. Poor air quality is estimated to cause 110 premature deaths every single day, and that’s just in the UK.

It’s not just the UK that has seen improvements, the air quality in major cities around the world is strikingly better. Cities like Milan, New Delhi, and Jakarta are enjoying noticeably better air and clearer skies, which can be seen in these side-by-side images. Perhaps the most striking outcome is that the Himalayas are now visible from 125 miles away in parts of India for the first time in 30 years!

These improvements in air quality show three things. Firstly, it very clearly shows just how polluting our current methods of transport are. Secondly, it shows that our cities (and the wider planet) can recover very quickly if we stop adding pollutants to the air. And thirdly, it shows that we need to seek alternative methods of personal transport for the masses because our current methods (specifically cars) aren’t sustainable in their current form. Something needs to change, for the sake of our lungs and our planet. It’s a sentiment that’s shared by Dr Benjamin Barratt of King’s College London.

Electric bikes could be the solution we’re all looking for, and we aren’t just saying that because we make them!

Electric bikes are an emission-free mode of transport, and they’re more accessible than regular bikes thanks to the motor’s assistance. Those who may not feel fit enough to complete their entire commute by bike, or those who may have felt vulnerable while cycling on roads, can now enjoy the pleasure of riding a bike without having to solely rely on their own power. 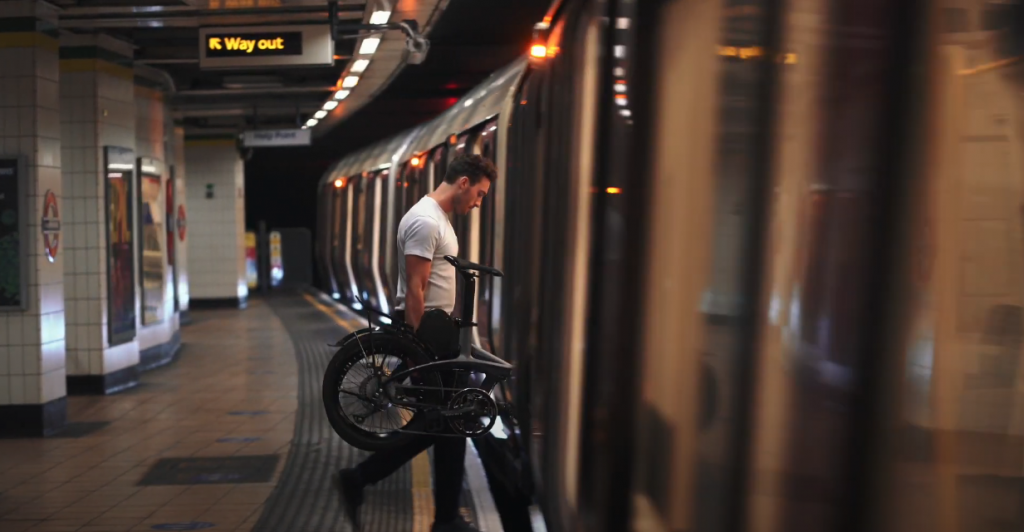 Ebikes are still an excellent form of exercise, with studies showing that an ebike has a comparable effect on the rider’s heart rate and calories burned as a regular bike. With more people riding eBikes, there’ll also be less congestion in cities during rush hour (since a bike takes up far less space than a car). Not to mention how much cleaner the air can be, especially in major cities like London. You can read more about the benefits of electric bikes here.

We hope that the recent improvement in air quality leads to a change in attitudes toward electric bikes. We hope that more people see the benefits of these brilliant machines, and what they can do for our cities and our health.

If you want to be a part of the future of transport today, then check out our range of electric bikes. They’re all emission-free and road legal in the UK, making them the perfect way to get around the city. Our Furo X is one of the most powerful folding eBikes you can buy, making it fun, fast, and practical. Perfect for commutes, leisurely weekend bike rides, and everything in between.