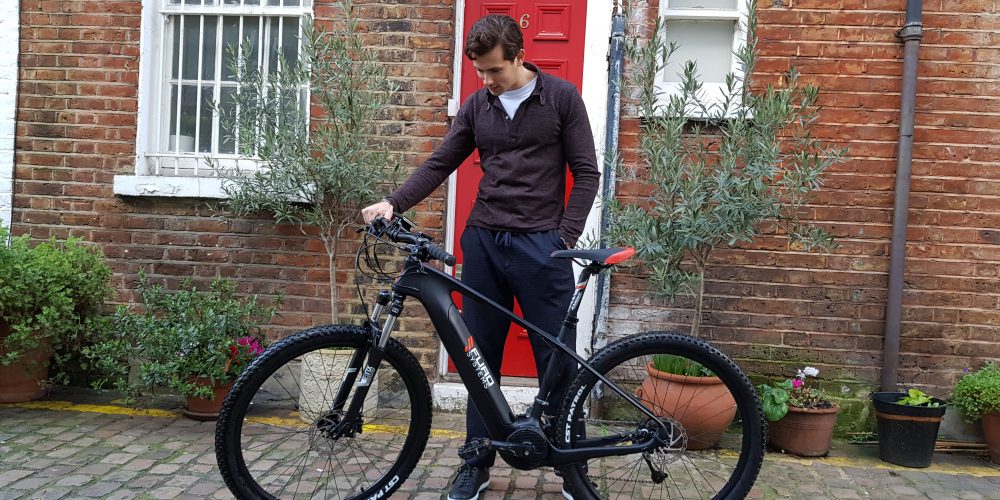 Eliott Wertheimer April 24, 2019 No Comments Uncategorized
The Electric Mountain Bike SIERRA is now (finally) available in a 250W continuous – 500W peak power version. As a quick reminder, continuous power is taken as an average over 30 seconds or more of the power expanded by the motor. 250W of continuous power is the legal limit imposed by authorities to be able to use an electric bike on public roads and properties. However, for short periods of time (< 10s) the SIERRA, when sensing the need for acceleration or inclines, will provide you with bursts of 500W to double the performance when needed.

The 350W version is still available in small quantities on direct requests!

The Physics Behind Electric Bikes Through Numbers

Eliott Wertheimer May 3, 2018 No Comments Uncategorized

Our stock of FX and SIERRA for delivery in May has almost run out, and that is a lot earlier than we anticipated. You guys are loving it and to celebrate that, we are going to give you a short but complete article on the physics governing your ebikes rides.Let’s start with the protagonist itself, the ebike, here we will have a look at the SIERRA in particular. The SIERRA is made of a full carbon frame which has to be structurally strong enough to support the sum of your weight, the ebike’s weight with all its components, and the weight multiplication and shocks due to bumps and other obstacles on the road. In addition to all the typical bicycle equipment (disk brakes, gears, chain pedals, wheels, etc) the SIERRA’s frame also has to carry a motor, a battery, an electronic controller and a computer. These components are all relatively heavy with respect to the frame of the bike but remain light once you add your weight to the equation, even for the skinniest of you. 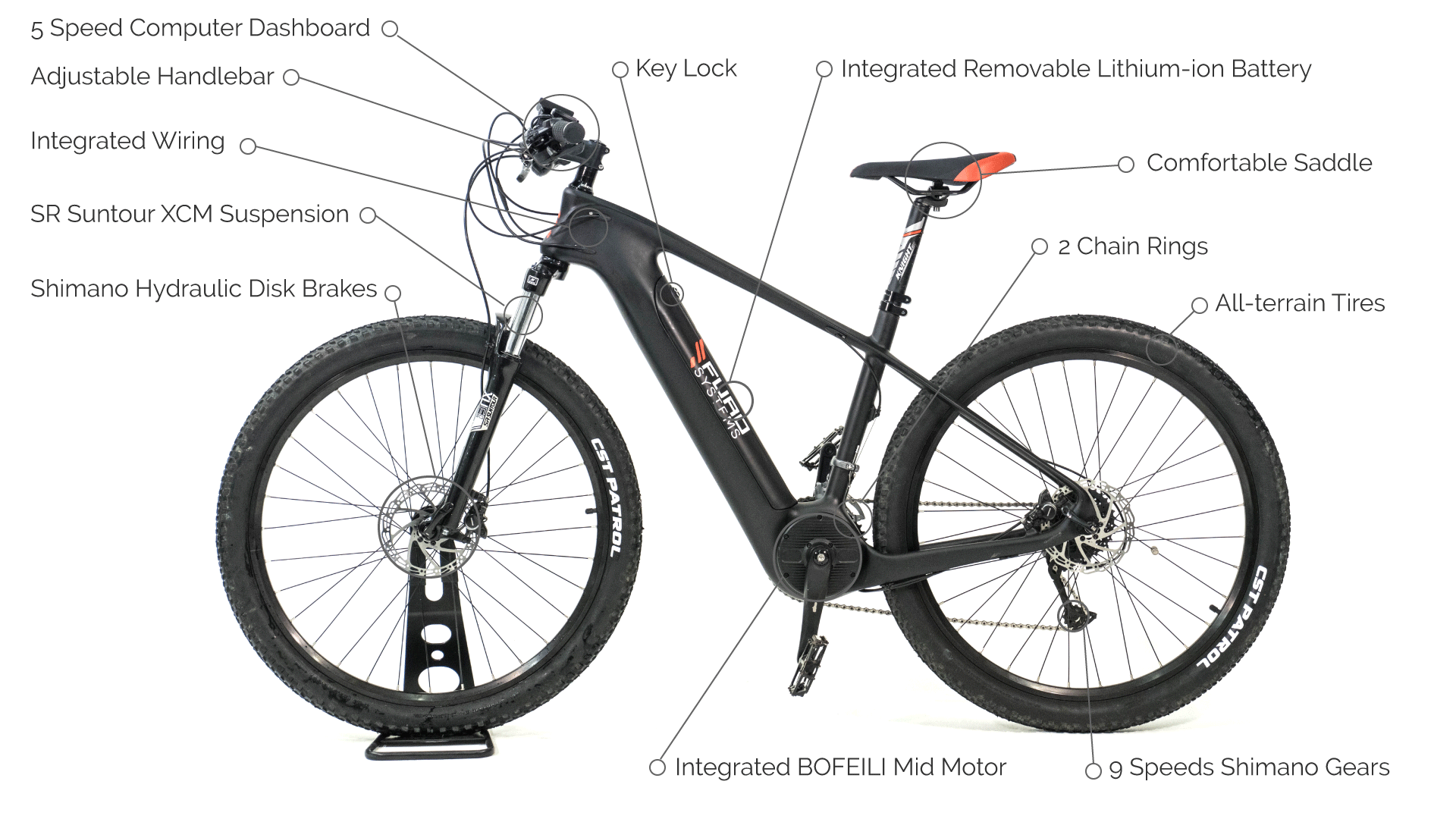 The SIERRA is equipped with a torque sensor which measures how much pressure you are exerting on the pedals. In turn, it sends a message to the controller which calculates how much power from the motor is immediately required. At the same time, the computer scales the controller’s calculations with respect to the assist level you are set on. Eventually, the controller which is connected to the battery opens a channel between the battery and the motor and allows high power currents to flow in a certain pattern so as to activate the motor and power your ride.

This then makes you go forward and pick-up speed. We will now focus on what is happening once you have reached a speed of 20km/h and are accelerating by 1km/h per second or reaching 25km/h after 5 seconds on a flat asphalt road. According to the second law of Newton, all the forces acting on the bike and yourself while you move forward are equal to your total mass multiplied by your acceleration. This can be written:

F=ma
with F the sum of the forces in Newtons, m the total mass in kgs and your acceleration in m/s².

The forces acting on the bike and yourself while you are moving are:

First of all, we can calculate the drag. In a standard relaxed cycling position on the SIERRA, your frontal area is likely to be 0.6m² and your coefficient of drag: 1.15. The density of the air at sea level is 1.225 kg/m3 and your velocity is 20km/h which is equivalent to 5.6 m/s.

Hence, on a flat asphalt road, in order to maintain an acceleration of 1 km/h per second while being at a velocity of 20km/h, the total power needed from you and the SIERRA together is 15*14= 210W.

As the BOFEILI mid-motor of the SIERRA produces 350W of continuous power and more than 600W of peak power, at this cadence you will only be exploiting a third of the power of the beast. Depending on your assist level, you can either fully provide the 210W through your legs or entirely rely on the SIERRA, it’s your choice and that is the magic of electric cycling!

Do not hesitate to ask questions in the comments, we will be happy to answer them if anything needs to be made clearer!