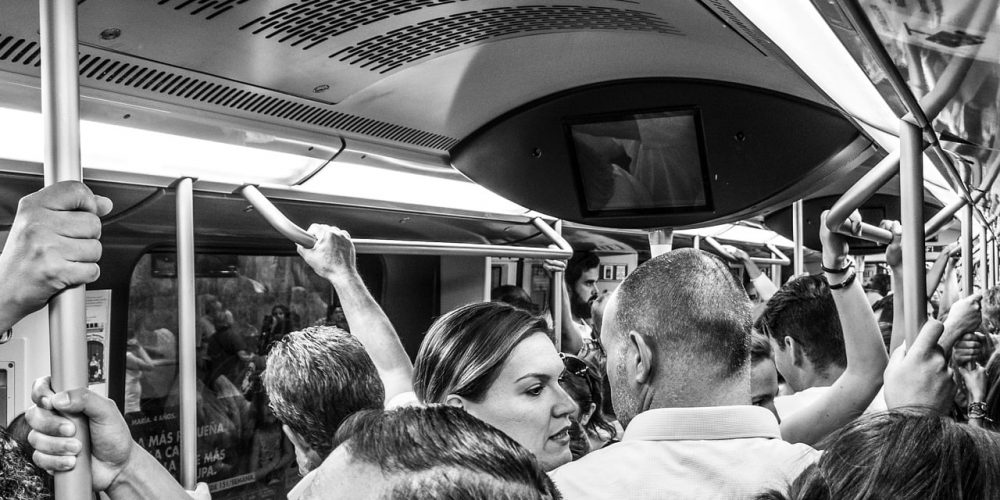 eBikes in the city: Improve your commute

For some people, the worst part of the daily grind is the commute to and from work. Crammed into a sweaty tube carriage, they have to endure others sneezing in their face before being cattle-herded down crammed platforms – and they have to pay through the nose for the pleasure. Others, on the other hand, thoroughly enjoy their commutes. We might be biased, but these people most likely have a commuter eBike. Here’s why hopping on eBikes will turn your commute from the worst to the best part of your day.

It’s no secret that more exercise leads to better health, both physically and mentally. Cycling to work provides a low-impact form of aerobic exercise that improves cardiovascular health and can even reduce the risk of developing cancer. eBikes, in particular, offer a more accessible way to exercise – if you suffer from joint pain, for instance, the electric motor will give you a helping hand as well as ensure you don’t need to shower and change clothes once in the office.

In terms of mental health, a study by the University of East Anglia has shown that cycling has significant benefits – in addition to having improved concentration, cyclists felt less under pressure than when they were driving a car to work.

eBikes are generally more expensive than regular push bikes, owing to all the benefits brought by battery-powered assistance, but they still represent an economical alternative to other forms of transport. According to a report produced by TotalJobs, the average monthly amount spent on commuting within London comes to roughly £120 per month (as calculated by the average distance travelled, and average cost per mile). The cost of an eBike, such as FuroSystems’ eTura, is approximately £1449. When spread out over 12 months this is equivalent to tube prices – after just one year though, the eBike starts paying for itself!

Could riding a bike to work actually be faster than getting the tube? According to some research done by the London Cyclist, yes it could. On certain routes, pedalling through the streets is more efficient than shouldering your way onto the tube. A bike trip from Covent Garden to London Bridge, for example, took around 40% less time than it did on the underground. Furthermore, the time benefits of cycling are probably even more than the stats suggest as train times didn’t account for entering and exiting the stations. eBikes have also been shown to be on average 21% faster than push bikes. Had a hard day at work? Jump on an eBike and you’ll be back home before you know it!

Riding an eBike to work doesn’t just benefit your health and wallet, but also the environment. Among the numerous environmental benefits of eBikes is the fact that they emit far lower carbon emissions than other forms of transport. A report conducted by the European Cyclists’ Federation found that eBikes account for an equivalent of 22g of CO2 per person/km – significantly lower than public buses at 101g, and cars at 271g. It’s even lower than emissions from London Underground trains, which are 55g per person/km.

The daily commute into and around the city can be stressful, time-consuming, and expensive. But it doesn’t have to be. Swapping the tube, bus, or car for an eBike – such as Furosystems’ eTura or Furo X – will save you money, improve your health, and make your commute much more enjoyable.

FuroSystems design and produce electric bikes and scooters with aerospace-quality materials. Whether you’re looking to buy an eBike to improve your commute or an e-Scooter for some fun, check out our range of precision-designed electric models. 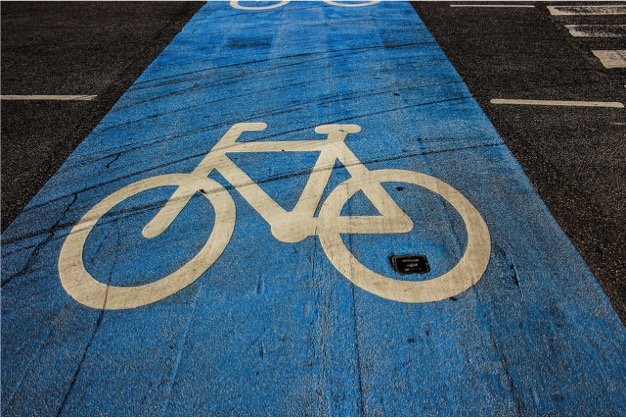 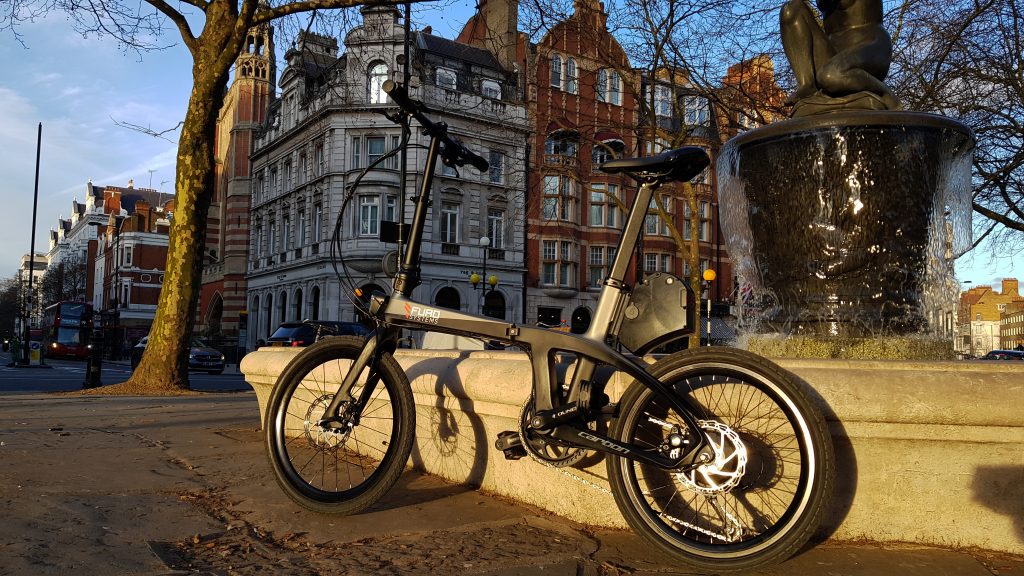 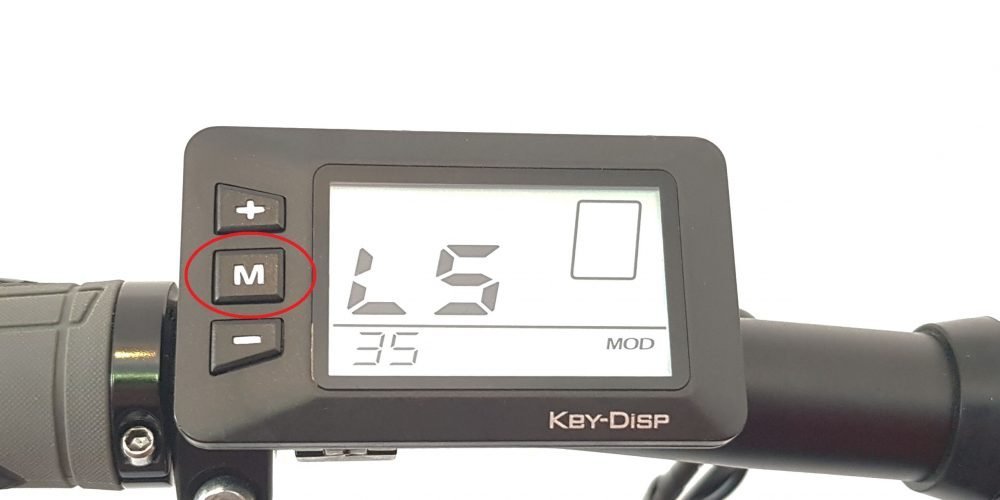 How to change the speed limit on your Furo X

As you know, when shipped to you, your Furo X‘s top speed is electronically limited to 25kph due to EU legal requirements for the bike to be road legal. Once the FX goes over 25kph, the motor automatically cuts off. However, you might want a different speed limit if you are using your bike in an area with different restrictions (e.g. USA 32kph), or in the case where you don’t use your FX on public roads (e.g. on private property). This guide will quickly show you how to change the speed limit on the KD21C key-disp display which equips the Furo X.

1 – Switch on the battery and press and hold the mode button to switch on your screen. 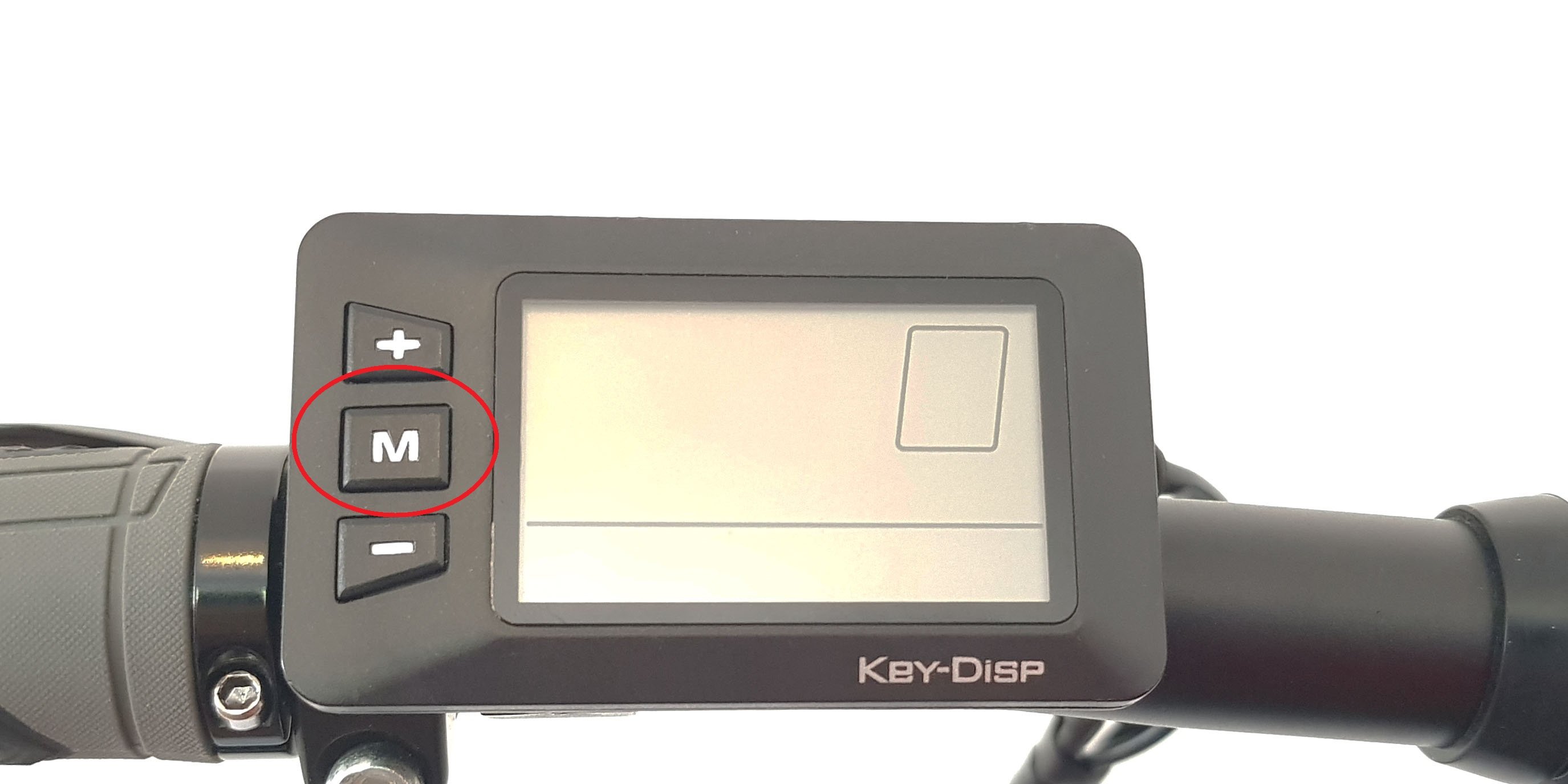 2 – Once your screen is on, press and hold both the “+” and “-“ buttons to access the general settings. 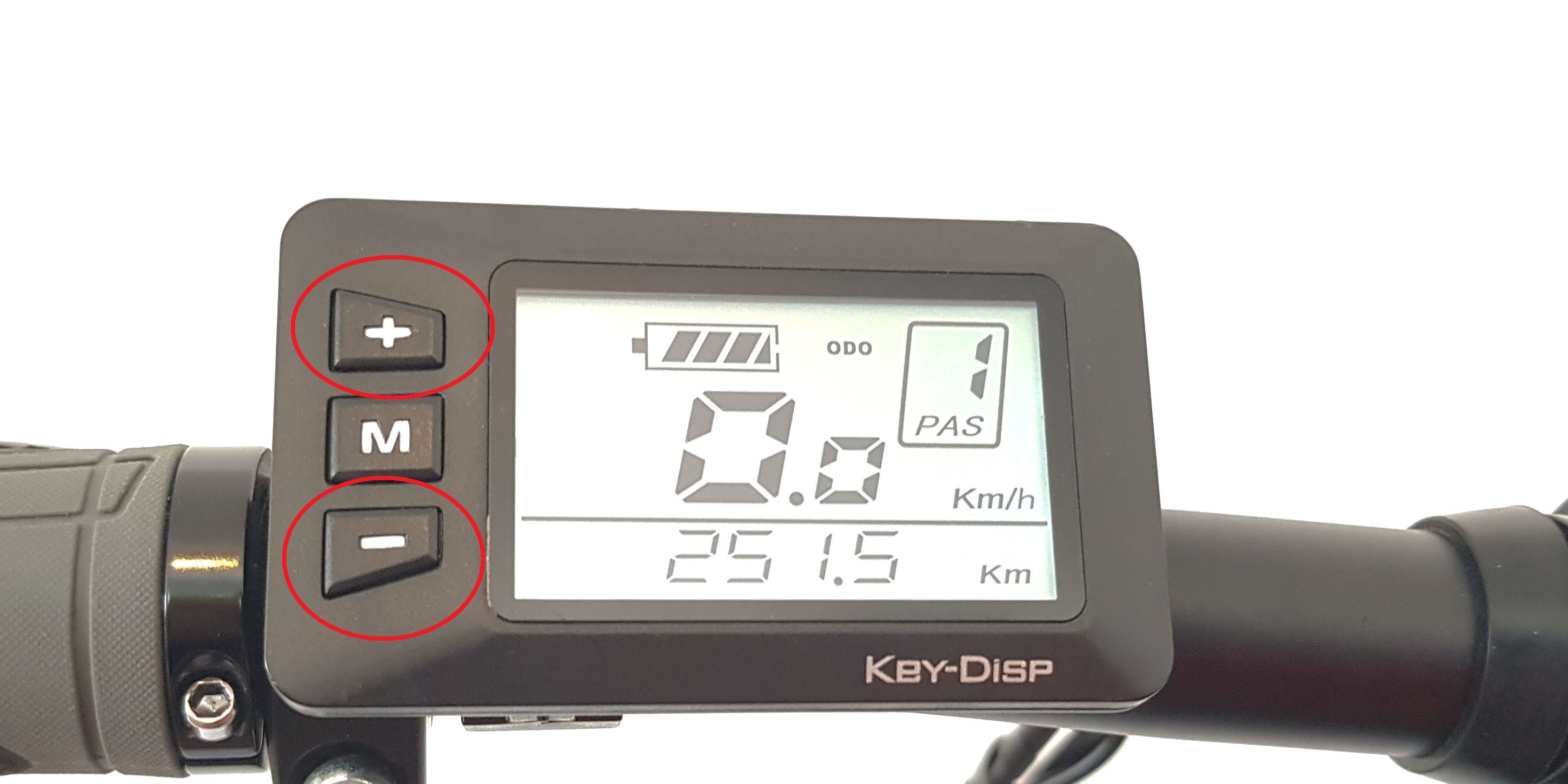 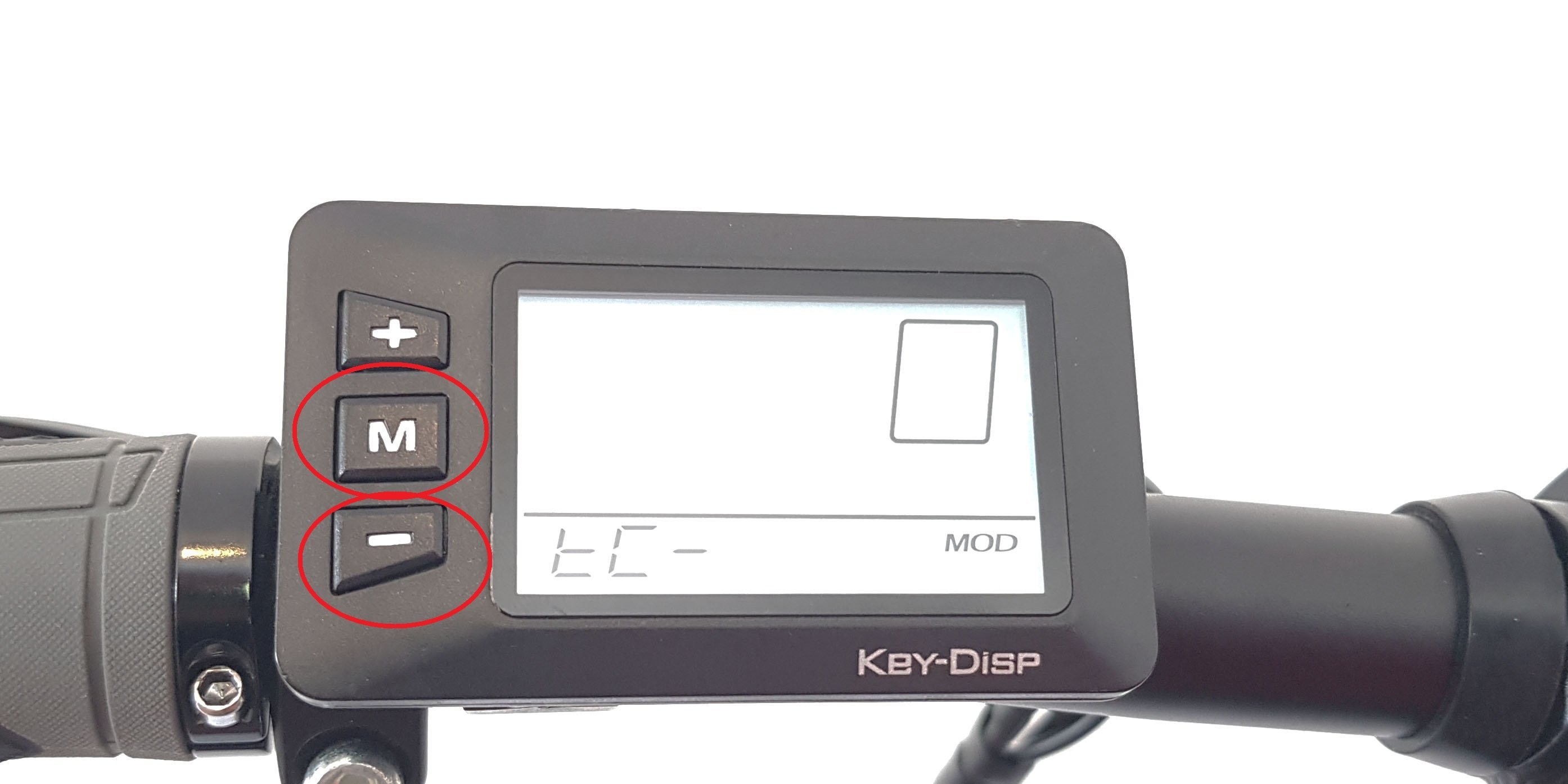 4 – Once in the system settings, tap “M” to scroll through the different settings. The speed limit setting is marked “LS”. 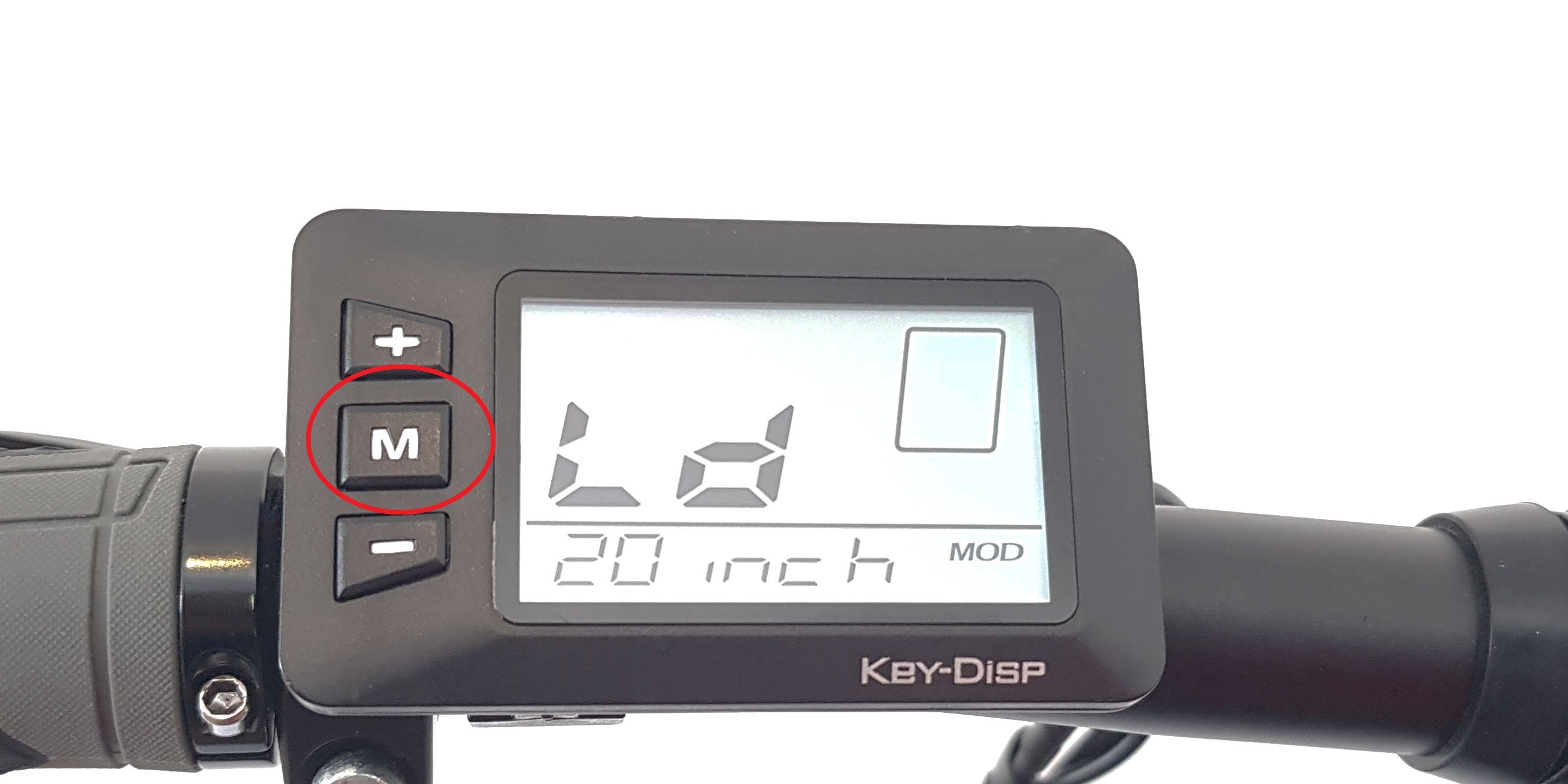 5 – Use the “+” and “-“ to adjust the speed limit which can be seen in the bottom left corner of the screen. 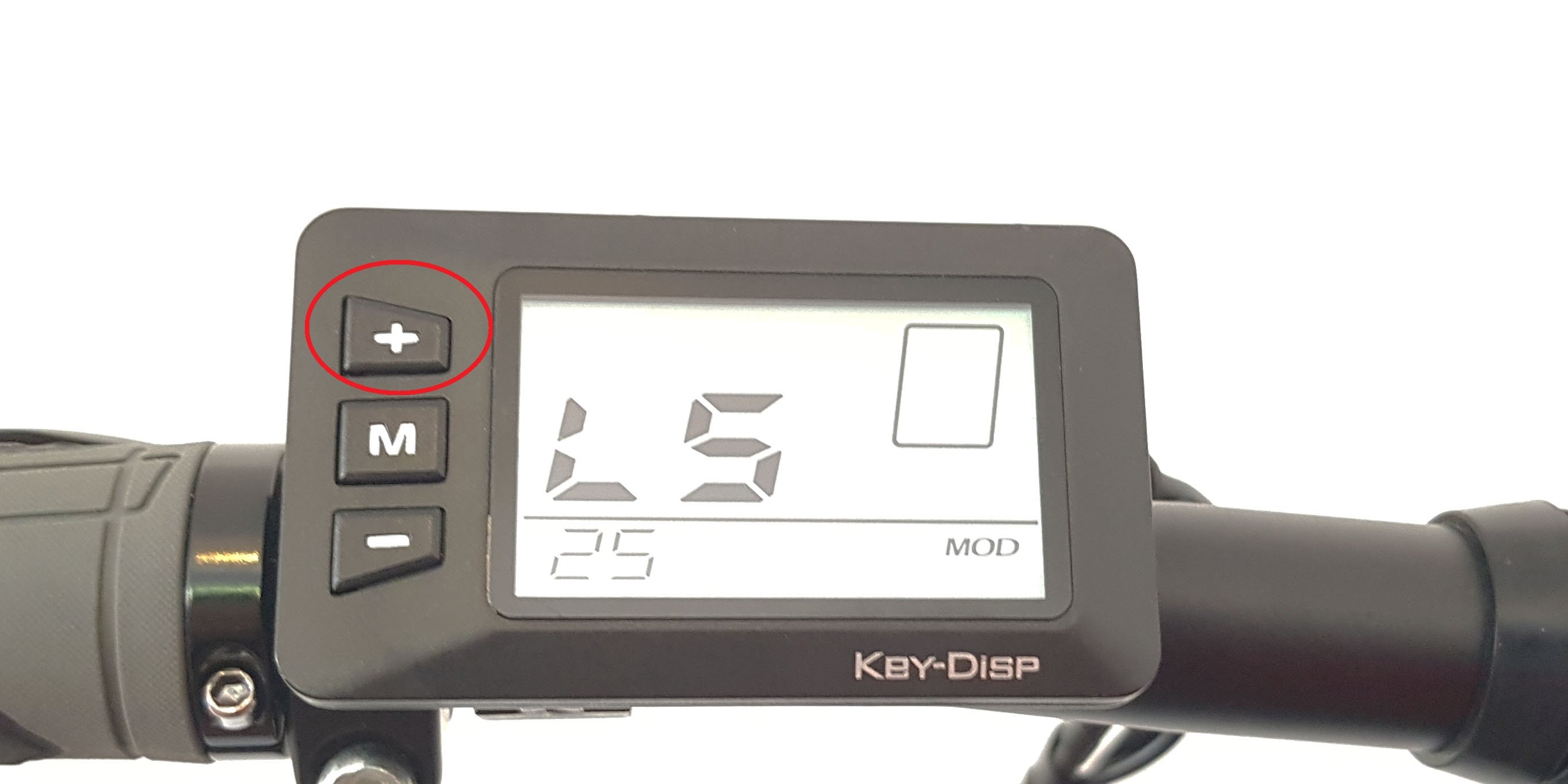 6 – Once you have selected a new setting, press and hold “M” to save and return to the starting screen. 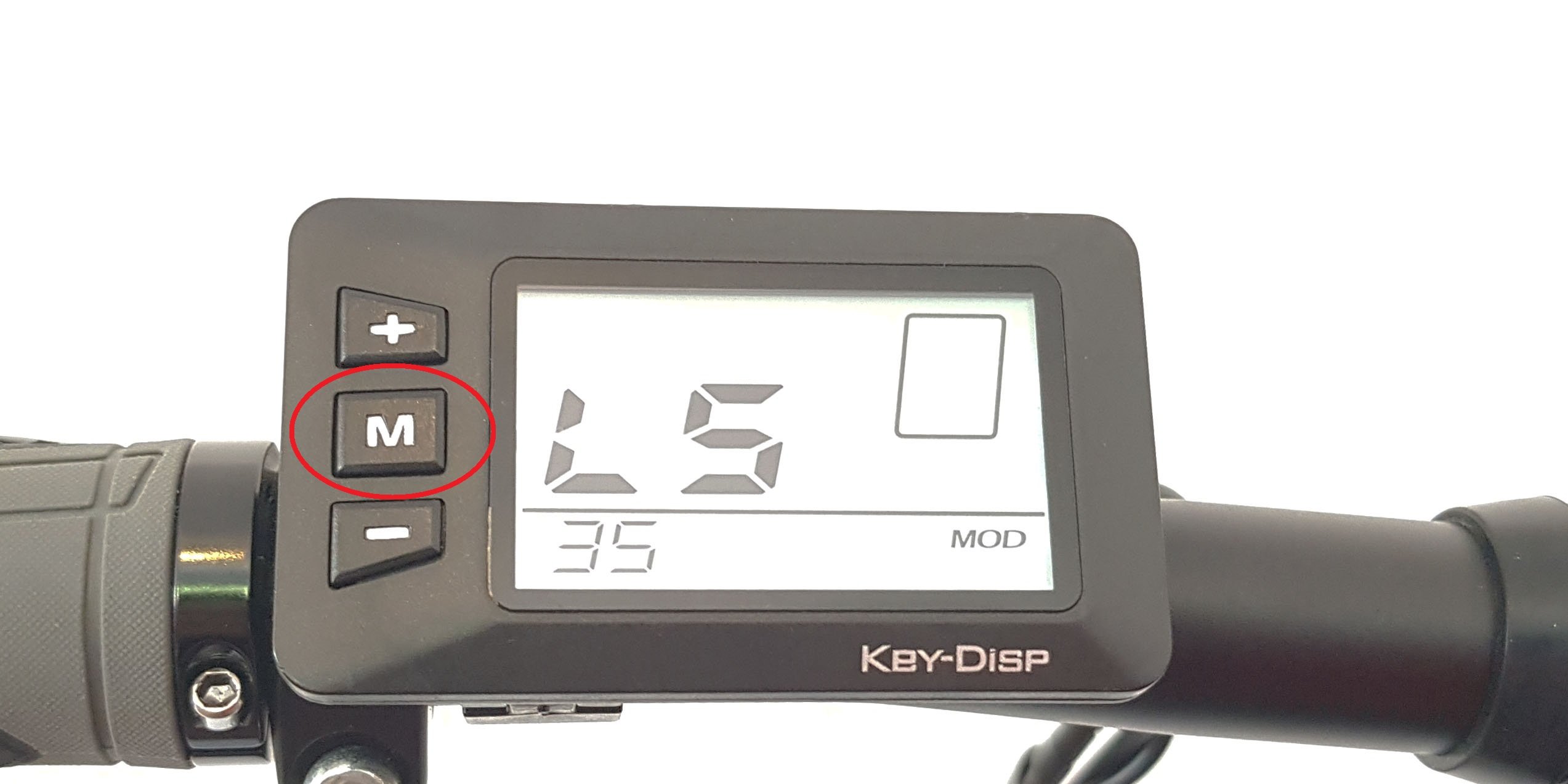