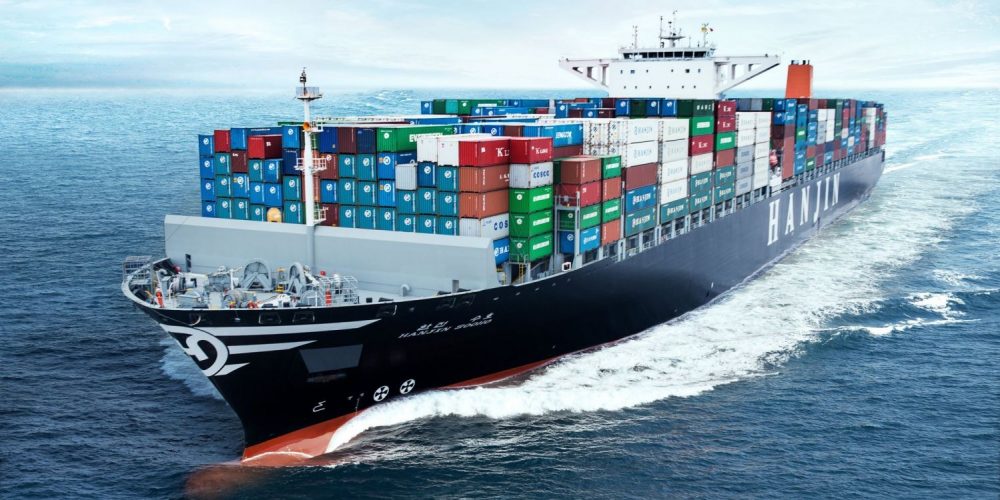 Eliott Wertheimer April 20, 2018 No Comments Uncategorized
It’s official! Our first production batch is currently at sea and will reach our European warehouse around the 15th of May. We will then unload our containers and ship your bikes to you at lightning speeds, you will receive them within 2-3 days.It’s been a great adventure getting our bikes from paper right to your home and we are pretty sure that you won’t be disappointed! This also marks the end of pre-orders for the FX and the SIERRA. On the 15th of May, all 25% pre-order discounts will be discontinued. Our stock is also limited, so for those of you thinking about getting one of our great ebikes, now is the time 😉

Our mission to get commuters and cyclists beautiful, affordable, high performance ebikes is going better than ever, and we will keep working to get you the best, always!
Thank you all for your support! 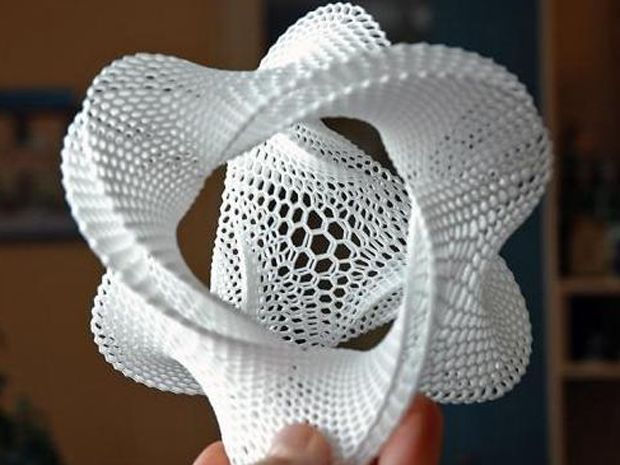 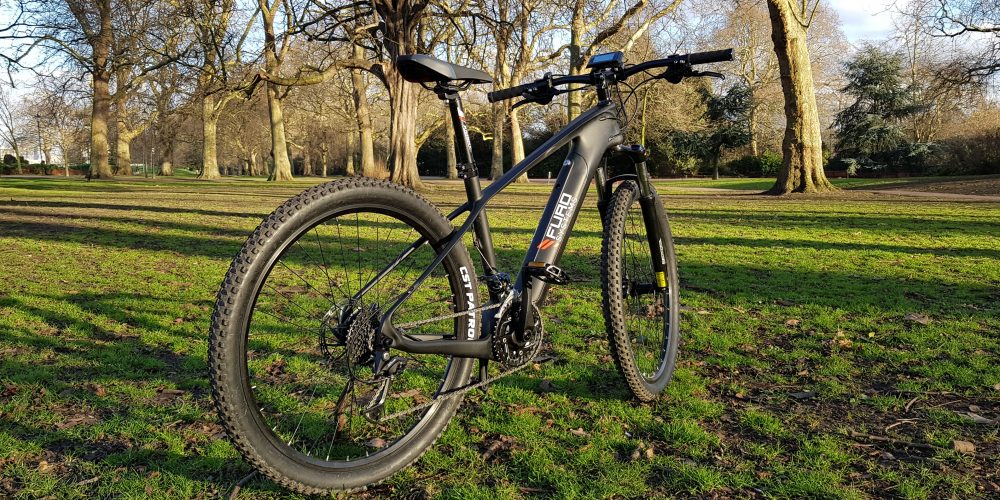 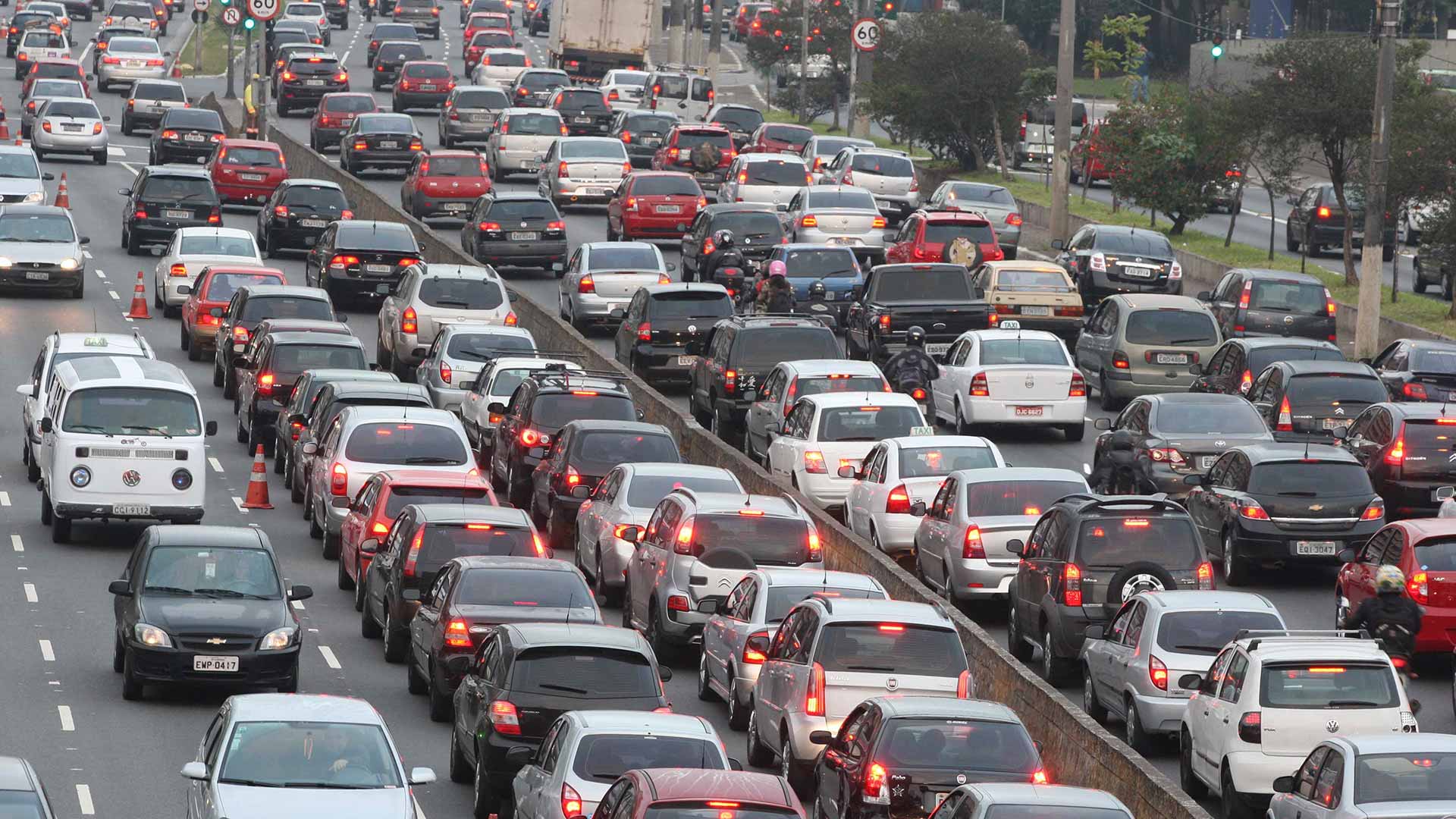 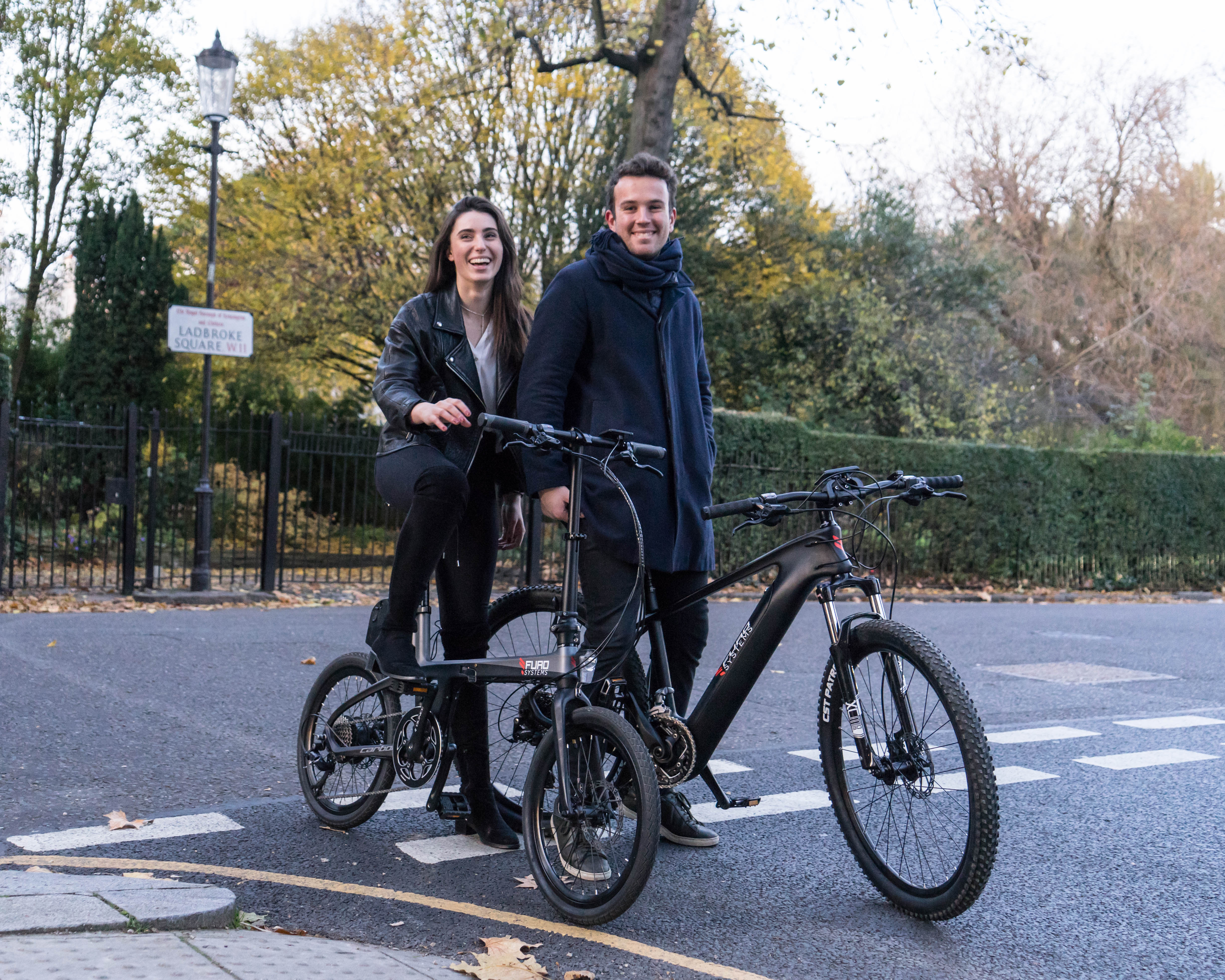 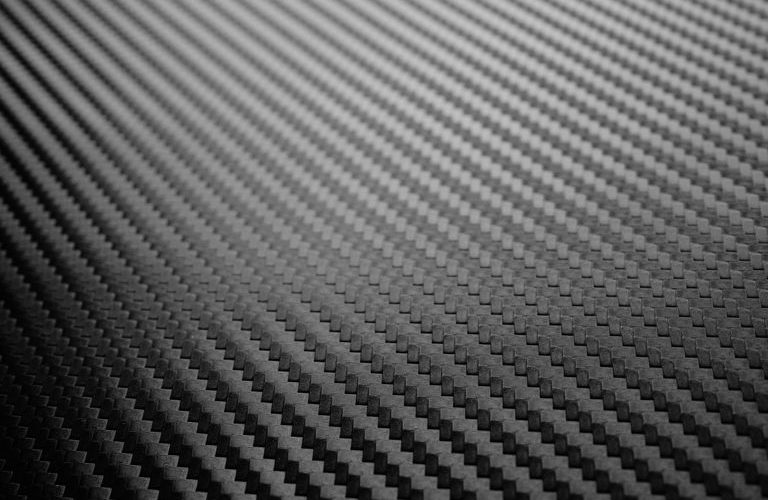 Eliott Wertheimer March 15, 2018 2 Comments Uncategorized
Most of you will have heard about it. Carbon fiber, the wonder material that makes everything lighter and stronger. It’s used in supercars, aerospace machinery and the FuroSystems SIERRA and FX (could we call them superbikes?).

So what is it? Its basic element is carbon, it’s made of 6 electrons, 6 protons and 6 neutrons and without it, you wouldn’t exist, nor would any life on Earth. When you overcook your food or burn some wood, the residual ash is mainly carbon. Carbon fibers consist of these atoms being assembled in crystals and bonded in a direction that is approximately parallel to the fiber’s long axis. Each fiber is between 5 and 10 micrometers (millionths of a meter) wide or 2 to 20 times narrower than a human hair. This configuration gives them a strong strength to volume ratio. Individual fibers are relatively weak on their own but once woven together they lead to a very strong cloth. 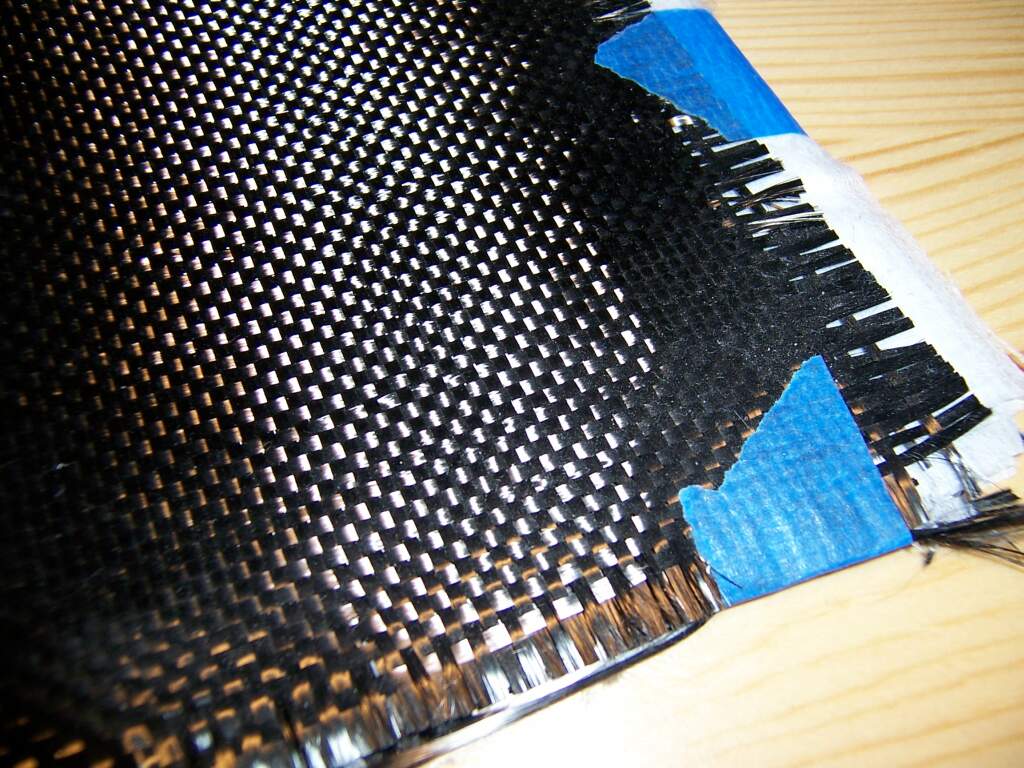 At this point, carbon fiber is just a fabric similar to the ones made of cotton for your t-shirts, only much stronger and much more expansive. To transform it into a useful and solid engineering material, the cloth is mixed with a plastic resin such as epoxy to form a composite also called carbon fiber reinforced composite. The manufacturing process usually consists of a technician laying the fibers on a mould, painting them with the chosen resin and then baking the assembly to obtain a part with the desired shape. The result is an extremely rigid and very high strength to weight ratio component.

Carbon fiber reinforced composites (CFRP) are about ten times stronger and 5 times lighter than steel and eight times stronger while 2 times lighter than aluminium. In addition, their very manufacturing removes the need for welds and allows for sleeker and smoother shapes. CFRP indeed tend to be more brittle and crack slightly more easily than aluminium or steel. However, this is easily compensated through design by ensuring that the load necessary to lead to a crack will always be much larger (MUCH LARGER) than the greatest load your bike will ever experience during its use.

Also, the fact that carbon frames cannot be fixed once broken is a myth, they absolutely can, in a very rapid and discreet way as well. After all, if it’s trusted to make the wings of giant machines that fly hundreds of km in the sky, costing hundreds of millions of dollars and carrying hundreds of people (that’s a lot of hundreds), then it can most likely be used to enhance your biking experience, and that’s exactly what we’ve done. Aerospace engineering at the service of happy riders!

This video details well the frame manufacturing process used by KOENIGSEGG and FuroSystems: 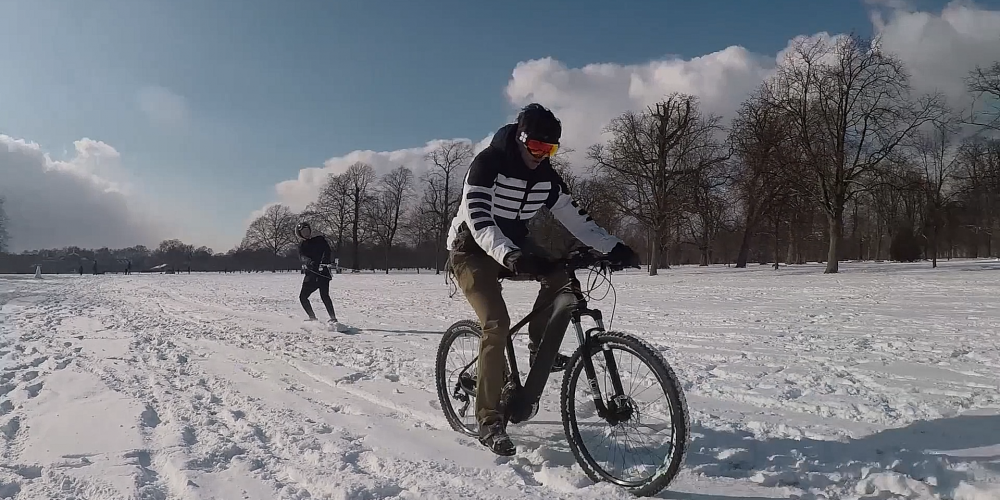 Snowboarding behind the SIERRA in London

It’s been snowing a lot this week in London. Luckily enough, we had a SIERRA at the office, some kitesurf lines and an old board. Obviously, we made the most of it! We weren’t joking when we said the SIERRA is All-Terrain. Turns out, it’s even blizzard proof!PS: Albert was pedalling, but no need to thank him, he barely felt it